Last time, I began working on the Project Euler problems and I set out guidelines for myself that I would attempt the problem first in C# (that I’m most comfortable with) and then try to solve the problem in some new way. Last time, I used some of the LINQ extension methods that I hadn’t previously used before. Some solutions might be in F#, Ruby, Python, etc, and I might use each “new way” more than once (since 10 lines of code doesn’t make me an expert!).

I present Project Euler Problem Two. Here is the code for the C# solution using LINQ.

As I note in the comments, this is basically Bill Wagner’s solution to this problem. His solution was so ingenious and taught me some things about LINQ that I just had to work it in here. The compute Fibonacci method was created because other Project Euler problems in the future are going to use the Fibonacci sequence, so we should have a reproducible way to create the series. I like his use of the dictionary to be able to ask for any point in the series at any time and you will only have to compute as terms that you have not yet calculated. Caching is a good thing.

The thing that was new to me was the let keyword in the LINQ query. What Bill does is store the value of the current n into value and then says that we only want it if it is even. This allows only the even values to be used. The rest of the problem is very simple, but I just wanted to point out those two points of interest.

I also tried this problem in Ruby. You can go to an interactive ruby session in your web browser here. If you type in the following code, you can see that it also works as well.

There is nothing special about this code. No whiz-bang code maneuvers. Just straight forward Ruby code. I found it very helpful to test it out at the link above and see that it worked. What is funny to me (and will likely get me in trouble) is how similar the basics of Ruby are to VB (or just BASIC) in general. It is easy to pick up because it is familiar to so many people. It was a good introductory exercise into Ruby, however, so I thought that I would share it with you.

If you have any comments or questions, please feel free to leave me a comment here. 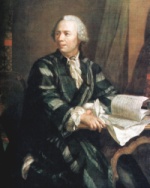 Okay, that was a snoozefest. I was reading in the Pro LINQ book (the one that gave me this post) and I found Enumerable.Range. Do the wonders of LINQ never cease? Enumerable.Range will generate a range of numbers for you so that you don't have to do a loop. Then, you could use that range to then perform a lambda on (the divisible by 3 or 5 check) and then just sum the remaining list. It turns out that this kind of thing is *exactly* what LINQ will just knock out for you. Check the resulting code.

I love when things come up just in time for me to need them for a project that I’m involved in. Currently, I need to take a bunch of results and find only the intersection of those results. I was contemplating doing some lambdas to compare the lists, but then I was reading Pro LINQ: Language Integrated Query in C# 2008 and I found the Intersect() method. (Note: Thanks to Jeff Meyer for loaning me the book in such a timely fashion.)

The code looks like this: (ignoring the </int></int> that my code formatter seems to keep wanting to interject)

What is output is

There are two important things to note. First of all, you can use any IEnumerable to perform an Intersect. Secondly, it is important to realize that you are comparing from the first list to the second list. This isn’t important when doing an Intersect(), but lets look at another example.

The output of this code is

In this example, I used a string array instead of a generic List to show that other IEnumerables could be used. When calling the Except() method, I get the unique value(s) from the first IEnumerable. Intersect() would have returned

and if I had written

it would have returned

so much more care is needed when using Except() to ensure exactly which group has the unique values that you want to keep. However, there is one more thing you can do. What if you want to find every distinct value between the two lists? You would do something like the following

This is pretty powerful stuff if you have to process lists and should ensure that you are doing the most efficient operations possible. Linq is, of course, pretty exciting stuff and as I uncover more nuggets from the Pro LINQ: Language Integrated Query in C# 2008 book, I will share them here.