Podcast Episode 32 – Andy Adams on Being an Independent Software Developer 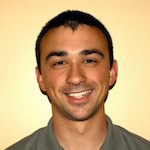 Andy Adams wrote a blog post about how to price yourself as an independent software developer. It was so good that I made it a pick of the week. Andy started to see traffic from my site and we struck up a conversation. Right away, I knew that I needed to have him on the show. We talk about how he became an independent, how he sets his rates, how to find customers, some of the perils of creating your own products, and whether you even want to be an independent developer in the first place. It is a fantastic interview, check it out.

Links Mentioned in this Show:
Andy’s Company
You Can Charge More, by Andy Adams (the post that started it all)
Andy’s Twitter (genius Twitter handle! 😉 )
Ask HN: How to get started with paying side projects?
Podcast Episode 30, where I featured Andy as a pick
Podcast Episode 17, my episode on Going Independent
Gail Goodman – The Long Slow SaaS Ramp of Death

2015 is kicking off with Episode 31 of the Pete on Software Podcast. In this episode, I talk about the difference between how I see “resolutions” and “setting goals”. If we all are treating our careers like small businesses, we need to make SMART goals in order to propel ourselves forward. I go over my goals for 2015 and ask for your feedback to see what you have planned.