This is definitely going to be one of those posts where I’m posting this not only for others to find while they are Binging and Googling, but for future Pete to come back and re-figure out how to do something that took him some time to figure out in the first place. I’ve had several posts like that (this gem chief among them), and this sort of situation is a very good reason to have a blog. Blogs are good places for a brain dump.

I was trying to make a diagram of a database that I was being asked to examine for issues. I was able to reverse engineer the database and lay it out like so:

However, when I tried to generate the PDF of this diagram, I got this error:

So, I did some searching and I wanted to increase the Java heap size, but only for that application if possible. I don’t run that many Java programs on my machine and I definitely didn’t want to upset the delicate balance of the Android environment that I have set up on the Windows side (which, incidentally is way more “picky” that the Android environment on the Mac side).

What I found is the Xmx switch for the java command line. I navigated to the Sql Power Architect install folder and figured out that architect.exe probably just called architect.java under the covers, so I executed this command below:

That fired up the program with a 1 gig heap size. After that, I loaded my diagram and was able to export it to PDF without any issues.

As I said, hopefully this post can be helpful to some poor soul in the future (even if that soul is me).

Podcast Episode 11 – Ron Carter on Being a CIO 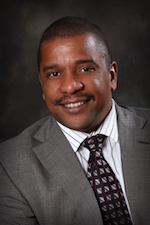 This week’s podcast was pretty fun. I interviewed someone that I know very well, someone who has taught me more about business and the business of software than any other person, Mr. Ron Carter. Ron is a CIO of a healthcare services company and held many roles in the past: consultant with major firms, developer, DBA, and architect, among others.

Ron has a track record of successfully delivering product after product, across many verticals in both the public and private sectors, for a tech industry where the failure of large product projects has become a punchline. Needless to say, Ron has a wealth of experience to share and I’m excited to have him on the show.

We talk about what it takes to be a CIO of an organization. Looking forward as a career path, we cover the role of CIO and the skills and knowledge that developers would need to reach the role. Other topics include team building, building trust, advice for new CIOs, and remote work.

It was a great interview, definitely give it a listen! 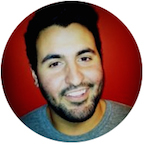 For Episode 10 (double digits!) of the Pete on Software Podcast, my special guest was Dustin Rogers. Dustin is an extremely skilled interactive designer based in Columbus, Ohio.

I know Dustin from a few projects that we collaborated on in the mobile space and I can vouch for the fact that he is very talented. He is also very practical and his designs not only look visually appealing, but they are also eminently usable and intuitive.

During this episode of the podcast, we talk about the tension between developers and designers, how to get through creative roadblocks, the importance of communication, the nature of inspiration, why infographics are awesome, and the exciting promise of mobile.

Dustin also recently did me a solid and created cover art for my Pete on Software Facebook Fan Page. He took my cartoon avatar from the podcast art and put him in a studio with a microphone and some headphones with the Columbus skyline. Very cool and something I never could have put together.

Dustin is also a very talented sketch artist and you can see some of his work at his site. And when you are done there, why not check out his interview? 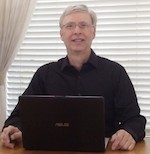 In episode 9 of the Pete on Software Podcast, I interviewed Craig Schwartz. Craig is the owner and principal at Gecko Jones, a marketing and product management company whose main goal is helping your organization to reach the next level.

It was kind of interesting how I even got the interview. In Episode 6 of the podcast, I reviewed the Choose Yourself book by James Altucher. I tweeted out the podcast and James was kind enough to RT me. On that show, I put out a call for ideas or volunteers for interviews and Craig stepped up. That is the power of social media at work right there!

In the episode, I talk to Craig about product planning and marketing. We not only talk about how to know if you have a viable product and how to promote it, but we also talk about self-promotion and how to get along better with the “creatives” over in marketing.

If you haven’t already listened, check it out. It will definitely help you be a more well-rounded developer!