Episode 24 was planned to be timely, but it ended up being super timely. Originally, I wanted to have Wolfgang Goerlich come on and talk about application security after the iCloud photo leaks. But, between the time that we recorded the interview and the time I’m releasing this episode, the Shellshock bug/vulnerability came to light as well. Listen, folks, writing secure software is hard! Wolfgang talks about the average day in the life of the good guys, what mindset makes a good security expert, how developers can write more secure code, why the Internet of Things might be a security nightmare, and why you shouldn’t “poke the bear”. 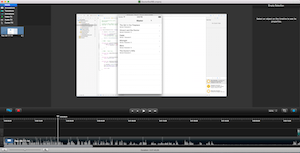 So, ever since I did my first Swift screencast on my YouTube channel, I’ve been hooked on Screencasting. Earlier this month, I let you guys know that my first Dimecast was up and that just broke open the floodgates. To date, I’ve done a total of 7 Dimecasts this month (with number 8 coming in the next few days). I already linked to my first one, but here are the others that I’ve done.

I’ve also made all of the code available on GitHub for everything that I’ve done and I will for every Dimecast that I will do.

I’m having an insane amount of fun making these videos. I really enjoy it. I like thinking of topics that I can cover, inventing projects for them, practicing, recording, and even editing. The biggest difficulty that I’m facing is that I don’t have a quiet place to record. I have to either get up very early or stay up very late to be able to get ~10 minutes of silence. Even then, it doesn’t always work out and I have to wait and then edit out the noises or else there is occasionally some noise in the background.

Even with that hassle (and setting aside my fantasies of a sound-proof “studio”), I’m finding this entire creative process very fulfilling and I hope that people are getting value from it. 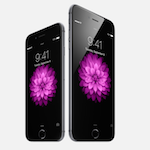 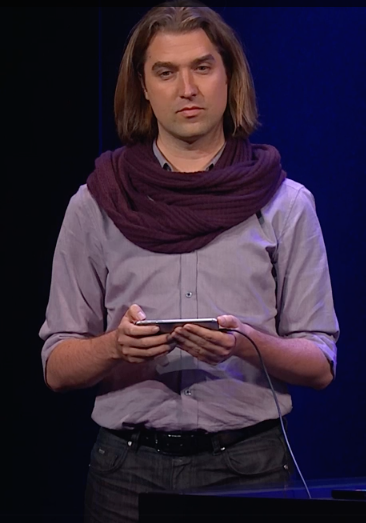 My First Dimecast is Up!

I’ve been a fan of Dimecasts.Net for some time. In fact, four and half years ago I mentioned the site in a post on this very blog. Unfortunately, the site hadn’t been updated with a new video in almost two and a half years.

I kept checking in with it periodically, but never saw updates. One day, my curiosity got the better of me and I started looking around the Internet and I found that Dave Schinkel was planning to take the site over from Derik Whittaker. I reached out to see if I could help and Dave was gracious enough to let me play along.

The site is still going to be undergoing a redesign (to be casted, of course), but for now, Dave has re-encoded all of the old videos to MP4 from WMV, boosted the volume, and added a modern player.

All of that being said, I am proud to announce the first new Dimecast in 2.5 years, Episode 206 – Learning Objective-C – Part 1.

(A Screenshot of the Author Screen)

The goal is to roll out a lot of new episodes about a lot of different topics soon and get the site back into a vibrant place to help developers learn new skills.

I’m very excited for what’s to come and I hope that you go check out the episode.

Think Outside the Box

I was listening to episode 682 of the Entrepreneur on Fire Podcast, where John Lee Dumas was interviewing Shane Snow. Shane has written a book called Smartcuts: How Hackers, Innovators, and Icons Accelerate Success. An abbreviated description from Amazon reads:

Entrepreneur and journalist Shane Snow analyzes the lives of people and companies that do incredible things in implausibly short time… One way or another, they do it like computer hackers. They employ what psychologists call “lateral thinking” to rethink convention and break “rules” that aren’t rules. 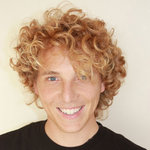 During the show, Shane gave a small story to illustrate the general idea of the kind of lateral thinking that he is espousing.

Pretend that you are driving a car on a rainy night and you’re kind of in the middle of nowhere and windshield wipers are going like crazy and you see on the side of the road three people that are standing out there miserable in the rain. You slow down and the first one you notice is a friend of yours that saved your life one time. Next to him is a little old lady with a cane who definitely can’t make it back to town on her own. And next to them is the man or woman of your dreams and this is your only shot to ever meet them. You only have one seat in your car (meaning a car with a total of two seats), who do you pick up?

John Lee Dumas suggested that he would pick up the little old lady. That is just the “military man” in him. Shane’s point was that lateral thinking “hacks” the question and finds the answer by thinking outside the box. In Shane’s solution, you give the seat to the old lady, give your keys to your friend, and stay with the love of your life.

I love that illustration. Yes, it is contrived, but it is a perfect word picture of how creative problem solvers think. The problem that most people have with the problem is that they make assumptions. In this case, you’ve assumed that you must stay with your car and that you must only save one of the three people in distress. Lateral thinking throws out those assumptions and looks for a way for “everyone to win”. In real life, 100% satisfaction certainly isn’t always possible, but you will get a lot closer by throwing out assumptions and “hacking the question”.

Great reminder for the day.