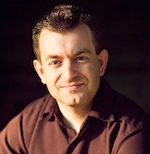 Last Monday, Rob Eisenberg released Aurelia.js. This was a culmination of sorts of a whirlwind of activity that was kicked off when Rob left the Angular 2.0 team at Google. A lot of people wondered what he was up to (including me!), so I asked him to be on the show to talk about what’s been going on. We talk about SPAs, why he left Google, what’s special about Aurelia, how to handle learning all of these frameworks, and much more.

I really enjoyed the podcast, great interview with Rob and some great insights into his departure from the Angular team and the intricacies of his new SPA framework Aurelia. You can really tell Rob has a passion for what he does and is one smart guy, loved the explanations of the modular aspect of Aurelia especially and the explanation of dirty-checking/ES7 observers. He certainly went into more detail than I was expecting (which is great).

Cheers for the link and the shout out Pete, much appreciated. As for the name I Like Kill Nerds, it was just something weird that I came up with a few years ago because I didn’t want to use my personal site as a day-to-day blog and I couldn’t think of anything more original, haha. In hindsight I wish I called it something more normal.

I am planning on doing a little write-up shortly as I have been building an application in Aurelia just for the fun of it and to be able to give people a more in-depth look at Aurelia. Being able to use ES6 and replace certain aspects of it with another library or even use parts of Aurelia itself inside of another application is one of the aspects I love about Aurelia.

I am definitely looking forward to the future of front-end frameworks that don’t create their own abstraction layers or syntax, instead opting to use native ES6 and ES7 features so you no longer just learn a particular framework anymore, but rather learn ES6 instead (which is where everything seems to be heading).

Thanks, Dwayne, for both the kind words and the explanation of your blog name 😉

I look forward to seeing your writeup on your experience with building a fun application in Aurelia.

Thanks for the encouragement, Brick! I appreciate it.

Thanks both of you for this great episode!

Thanks for the feedback and appreciation, Luca!