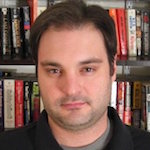 In today’s episode, I interview Erik Dietrich from Daedtech.com. Erik wrote a blog series about something he called “The Expert Beginner”. When I read that, I felt kind of convicted because I was worried that I was wreaking havoc all of the city with “Expert Beginnerdom”. Listen in to find out what an Expert Beginner is and if you are one or know one!

Links Mentioned in this Show:
Erik’s Blog
Erik on Twitter
The Post that Started it All
Erik’s Books and Pluralsight Courses
Pick of the Week: SwiftNinja.io

This past week, someone’s comment that they “don’t blog, they solve problems instead” really struck a nerve with me. Not only because I’m a blogger, but because I know just how many times a day that my problems are solved because someone blogged the solution at some point in the past.

Pete on April 23, 2016 | Filed Under Business of Software, Podcasts | Leave a Comment