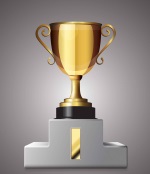 I was listening to James Altucher’s interview with Shane Snow this morning and some of their discussion reminded me of something that Ron Carter (former podcast guest) is fond of saying. It is a quote that I try to remember and live by, so I thought that I’d share it here.

That’s applicable in so many areas of life. Think about the quarterback who goes before the press after a loss and says that he made the wrong read or that he has to play better when the real problem was that his receiver ran the wrong route or his offensive line was a sieve. However, on victory day that same quarterback is praising the offensive line’s protection and the play calling and the receivers’ exceptional skill.

That is the same model that we should seek to have. Don’t worry that you aren’t going to get your proper credit. If you did a great job, your teammates will know your role. And they won’t forget that you helped them shine, too. More than that, though, they’ll respect you for not throwing them under the bus when things go wrong.

This isn’t just about success and failure in a team environment. When a loser fails on solo endeavors, he’ll look to blame society, his equipment, the government, his family, his parents, whatever. Anything but turning the gaze inward and looking to see how the failure can be an opportunity to learn and grow and improve.

No related posts were found, so here's a consolation prize: An Intro to CocoaPods.

Pete on October 30, 2014 | Filed Under Business of Software, Soft Skills

I am lucky and blessed to have had great mentors in my life. This is one area of thought that is consistent amongst all of their individual teaching. Great reminder for me to walk this walk and not just talk the talk.