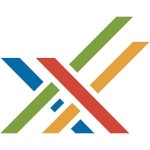 Thanks again for having me on the show, and thanks for checking out PostSharp!

A null checker is exactly what Phil Haack did, and he created NullGuard: https://github.com/Haacked/NullGuard

Lots of examples to check out in both of those repositories.