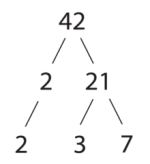 No related posts were found, so here's a consolation prize: Podcast Episode 14 – Mentoring.