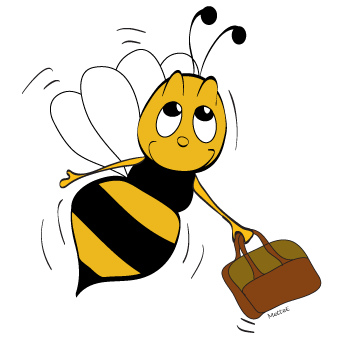 Last time, I talked about Management vs Leadership. Management seems to be a specific position in an organizational chart which demands a very special set of skills that not all people – even leaders – possess. We want our managers to be leaders, but at the same time people lead from a myriad of positions and by definition, you can’t be a leader if no one is following you.

Many different corporate initiatives and self-help guides encourage everyone to be a leader. However, if that goal is reached and everyone is a leader… who is following? I think there are two distinct answers to this conundrum. The first is that some people aren’t really cut out to be leaders. I have a friend named Mark who does not like to be in charge. He doesn’t like to lead anything. He is (by his own admission and definition) a worker bee. He likes to quote the problem of having “too many cooks in the kitchen” to say that not everyone should be in charge and some people need to be followers. I agree with this wholeheartedly.

It could be that the follower’s giftings and personal desires lead them to serve others and follow a direction outside of the spotlight. It could also be that this person is a leader-in-training who will someday lead others, but for a season this individual needs to sit at the feet of the master and learn the trade. Applying this to software, this future leader could be following in the steps and instruction of the mentor, modeling out what I described in this blog post.

There is another possibility for who will make up this group of followers. It could be that a leader is leading a group of leaders. This isn’t such a foreign concept. The president is Commander-in-Chief over his Generals who are over other officers who are over other officers on down the row. Even in our industry, we have maybe an Architect who leads the design of a system, a Team Lead who leads the implementation of that design, a Senior Developer who guides and shepherds Junior Developers. It is even possible that that group of Junior Devs might contain an individual whom the others look to for leadership. Maybe any one of these individuals is strictly a follower at work, but they are leaders on an open source project or in the community at large.

I believe that it all comes down to knowing when to lead. A great philosopher once told us to “Know Your Role” and I think that is particularly appropriate here. A great leader will always be looking for opportunities to lead, but if someone else has “got this”, then they can and should allow themselves to be led. There is always an opportunity to learn something from another leader, even if some of those lessons are what *not* to do.

Do not look down on following – it doesn’t make you a weaker person, it makes you a useful one. I’m not talking about “just following orders”, I’m talking about willfully giving yourself in service to a task, a cause, or another individual. Often, people want to confuse followers with something like what happened in Jonestown, and make “follow” a dirty word. Nothing could be further from the truth. Egos aside, by allowing themselves to be led, followers are the ones that get things done.

If you are someone who always has to lead, take it as an experiment to find a capable leader and allow yourself to be led. Learn from that leader’s style. Concern yourself with accomplishing your specific goals and not directing the greater vision – there is great freedom in that. You may even find that you are even more well-suited to this behavior. Even if you don’t, it will certainly improve your leadership skills and make you a more well-rounded person.

No related posts were found, so here's a consolation prize: Podcast Episode 30 – Being a Professional Programmer.