How I Got Started in Programming

Lots of people around the web have done this one and who am I to break the trend? 😉

How old were you when you started programming?
I wrote a little about my journey to becoming a coder here. Basically, I was very very young. I used to program BASIC by copying the programs out of GAMES magazine and getting them to work. I also used to write programs to simulate computer systems like what you’d see in Wargames, for instance.

What was your first language? 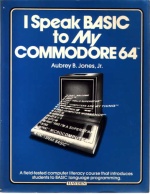 What was the first real program you wrote?
What qualifies as a “real program”? I wrote programs in school on the Tandy for projects and on Apple IIe in high school. I wrote a secret message sending program in VB6. The first thing I was paid to write was in Access. It kept track of credit limits of commercial customers for a large bank’s commercial vault network.

What languages have you used since you started programming?
BASIC, VB6, VBScript, VBA, VB.Net (a theme?), C#, T-SQL, C++, Javscript, and PHP.

I have fooled around with (meaning worked through tutorials on) Ruby, F#, Python, and Perl.

What was your first professional programming gig?
As I mentioned above, I worked for a very large bank in their commercial vault division. Basically, customers ordered large amounts of money from the vaults and the money would actually leave the vault via armored cars before the money would be withdrawn from their accounts, leading to a liability. Underwriters determined the amount of exposure that the bank was willing to risk with each customer. My shared Access database program had forms for entering and reporting on all of the information, as well as pulling down data from the Informix system that housed the orders so that we had current information about the state of things. Woo-hoo.

If you knew then what you know now, would you have started programming?
Oh, yeah. I would have gone hardcore earlier and stopped that BASIC trail I was blazing and switched to other languages that would have caused me to learn more about the art of programming.

If there is one thing you learned along the way that you would tell new developers, what would it be?
Seriously, you don’t know as much as you think you do. I understand… I’ve been there. But just because you wrote some app that organizes your MP3 collection, you don’t know that much about programming. You can’t learn programming by sitting in a class and you can’t learn solely by reading books. The books help, for sure, but only by writing code, reading code, and interacting with other coders can you really learn. Trust me, the more you know, the more you’ll realize you don’t know.

Don’t stop learning ever. Technology is always changing and you will be “the new guy” in some piece of the game all the time. Don’t forget that and never be too proud to ask for help. The community by and large loves to share its knowledge. Listen to podcasts, participate in forums, read blogs, and go to conferences and user groups. You can thank me later.

What’s the most fun you’ve ever had … programming?
Every time that I’ve had to do crazy things or solve problems that were really difficult. One that comes to mind was a time that Jeff and I had to work late to work out an interoperability problem between our company’s web service and another company’s web service (the night he literally saved my life). We were using security and encrypting the payload, etc, but we had to pore over these boring OASIS specifications (but what about OASIS?!?!?) in order to figure out exactly why the messages weren’t being accepted. Annoying at the time, but so much fun working out the old grey matter and so rewarding when we succeeded. And, to top it off, I know way more about that topic than I ever would have otherwise.

Pretty cool how you got started with all this programming stuff. 🙂
You know you are rockin it out. Keep kickin ass.